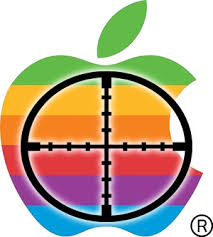 Anti Flashback-Trojan a free application that checks for the Flashback Trojan.

Flashback is a variant of the Tsunami Trojan for Mac OS X, and has so far infected over 600, 000 of them. Now you can check whether your Mac is infected with the Flashback-Trojan without resorting to manual removal in Terminal. For more information what Flashback does, including manual removal instructions, see the follwing:
Trojan-Downloader:OSX/Flashback.I
Summary
Trojan-Downloader:OSX/Flashback.I connects to a remote site to download its payload; on successful infection, the malware modifies targeted webpages displayed in the web browser.
Disinfection

Note:
Some Flashback variants include additional components, which require additional steps to remove. Please refer to our Trojan-Downloader:OSX/Flashback.K description for additional information and removal instructions.
Additional Details
Trojan-Downloader:OSX/Flashback.I is dropped by malicious Java applets that exploit the known CVE-2011-3544 vulnerability.
On execution, the malware will prompt the unsuspecting user for the administrator password. Whether or not the user inputs the administrator password, the malware will attempt to infect the system, though entering the password will affect how the infection is done.
If infection is successful, the malware will modify the contents of certain webpages displayed by web browsers; the specific webpages targeted and changes made are determined based on configuration information retrieved by the malware from a remote server.

Installation
On execution, the malware checks if the following path exists in the system:
If any of these are found, the malware will skip the rest of its routine and proceed to delete itself.

Downloading the Payload
The malware connects to the following URL to download its payload:

The filename and actual content of the payload depends on reply of the remote host. The reply is compressed and encrypted but the actual content follows this format:

Infection
Only after downloading the payload does Flashback.I proceed with infecting the machine. To do so, the malware prompts for the administrator password, as in the following screenshot:

The icon indicated by the red box in the screenshot is the PNG content returned by the remote host. This is dropped to the location '/tmp/.i.png' on the system. Since this image is controlled by the remote host, it can be changed any time the author deems necessary.
Whether or not the user inputs their administrator password at the prompt determines the type of infection the malware subsequently performs:

Anonymous said…
The very next time I read a blog, I hope that it doesn't disappoint me as much as this particular one. I mean, Yes, it was my choice to read, however I really believed you'd have something helpful to say. All I hear is a bunch of moaning about something that you could possibly fix if you were not too busy seeking attention.
my website > Microsoft PST Recovery tool
Saturday, May 26, 2012 at 6:37:00 PM GMT+3

Anonymous said…
I drop a leave a response when I especially enjoy a post
on a website or if I have something to add to the discussion.
Usually it is caused by the sincerness displayed in the article I read.
And after this post "Anti Flashback MAC,Anti Flashback-Trojan MAC,Free tool Anti Flashback-Trojan MAC". I was excited enough to
post a thought :-) I actually do have 2 questions for you if you don't mind. Could it be simply me or do some of these responses look like they are coming from brain dead visitors? :-P And, if you are posting on additional sites, I'd like to keep up with you. Would you make a list every one of your shared pages like your Facebook page, twitter feed, or linkedin profile?
Also visit my blog post ... 12 Hour Cure for Yeast Infection Scam
Saturday, June 30, 2012 at 9:31:00 PM GMT+3

Anonymous said…
Amazing blog! Do you have any tips for aspiring writers?
I'm hoping to start my own site soon but I'm a little lost on everything.
Would you recommend starting with a free platform
like Wordpress or go for a paid option? There are so many choices out there
that I'm completely confused .. Any recommendations? Appreciate it!
Also visit my web blog ... Windows Tablets
Saturday, August 25, 2012 at 8:35:00 AM GMT+3