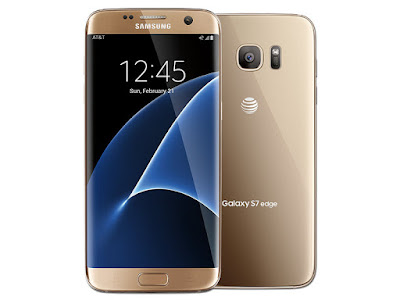 In Below steps i will try to troubleshoot with you this problem and i hope you will know how to fix Samsung galaxy s7 black screen of death.

The black screen of death problem is very complex as it might be an issues with the hardware itself or it could be also an issue with the firmware version that installed inside your Samsung Galaxy S7 edge or Samsung Galaxy S8.

Let us give a try for troubleshoot Samsung galaxy s7 black screen of death fix with below steps:-

This might be the only way you will need to do depending on how the problem really it is. If it is due to firmware version issue brought by the update, then this procedure can fix it. But then again, we have to consider the hardware side of it that’s why if this method may not work, you have to continue troubleshooting your phone. Now, how you force reboot your phone as below:-

Step 2: Plug your Mobile into your charger and try the force reboot

Let’s still assume the problem is just a glitch but your phone may have run out of battery. So, try to plug it in and leave it that way for 5 minutes regardless if it shows the charging signs. After that, press and hold the Volume Down and Power keys again.

If the battery was all drained out and the phone crashed, naturally it won’t respond to whatever you do with it. In this step, we’re giving the phone a stable power source and trying to refresh its memory with Forced Reboot procedure. If it still won’t respond after this, then move on to the next step.

Step 3: Try to boot your Mobile in safe mode

you will attempt to cancel the possibility that the problem because one or some of the applications your downloaded and installed. Let’s attempt to boot your phone in safe mode wherein all third-party apps will be temporarily disabled. If the problem is indeed caused by one of them, then your device should start in this mode successfully as only built-in apps and services are loaded during boot up. Here’s how you boot your phone in safe mode:

Step 4: Try to start your Mobile in Recovery mode

If your Mobile still remains unresponsive even if  you tried booting it up in safe mode, then you should try it. The Android system recovery environment is actually the fail-safe of any Android device as it allows you to perform procedures that will greatly affect the firmware. If your phone can successfully boot up in this mode, then you should try wiping the cache partition first. If that won’t work, then do the master reset or as known hardware reset mode.
How you will boot your Samsung S7 Edge in recovery mode:-
Finally i found a good video that describe this problem and steps on how to fix Samsung Galaxy s7 black screen of death:-