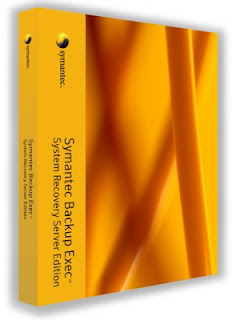 A common problem with Backup Exec is that unexpected media get used for a backup job. This generally stems from the complexity of a few settings, combined with misunderstandings about how media sets work.
Once you have your media sets configured, you need to think about how you want the media to be used for the backup jobs. The two settings that determine the selection criteria are the Overwrite Protection Level and the Media Overwrite Option. When you first configure Backup Exec, you get asked what you want to set for these options. Unless you knew otherwise, you probably chose the defaults.
The Overwrite Protection Level determines how aggressively Backup Exec is going to try and protect your data. There are three options:
Starting with the easiest to eliminate, the None options means that any media can be overwritten, regardless of any Overwrite Protection Period you have set. Unless you have a specific need for this, I'd advise against it.
The Full and Partial options are very similar. The difference is that if you choose Partial, then imported media can be overwritten. The safest option is to choose Full protection. If you frequently import media and use it for your backup jobs, use partial.
Once you have set your Overwrite Protection Level, you need to set the Media Overwrite option. This determines whether Backup Exec is going to be biased towards using new media first, or reusing old media first. The options are:
The first option will encourage Backup Exec to use any new tapes rather than overwrite older tapes. The second option will encourage Backup Exec to overwrite older tapes rather than use new media.
Once you've understood and configured these two options, how does Backup Exec actually choose what media to use? The first thing that is used to determine is what tape drive, library, library partition, or B2D folder is selected. Obviously for a tape drive, or partition with only one tape in, either the media is usable or it's not.
On page 229 and 230 of the Backup Exec 10d Administrator's Guide there is a table which tells you the answer, so rather than copy that, I'd encourage you to read it for yourself. However, if you have Full Overwrite Protection set, I'll summarise:

It's clear to see that with the first option, if you have plenty of scratch media to start with, it'll get used up quickly!

Anonymous said…
Great post. I was checking constantly this blog and I'm impressed! Very helpful information specially the last part :) I care for such info much. I was looking for this certain info for a long time. Thank you and good luck.
my site: online data backup
Thursday, May 24, 2012 at 8:20:00 PM GMT+3